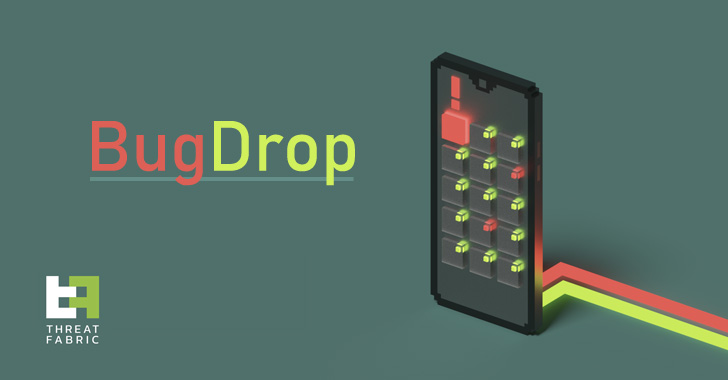 In a sign that malicious actors continue to find ways to bypass the Google Play Store’s security protections, researchers have uncovered a previously undocumented Android dropper Trojan currently in development.

“This new malware attempts to abuse devices using a novel technique previously unseen in Android malware to proliferate the highly dangerous Xenomorph banking Trojan, which allows criminals to perform on-device fraud on the devices of the victims,” said ThreatFabric’s Han Sahin in a shared statement with The Hacker News.

Dubbed BugDrop by Dutch security firm, the dropper app was explicitly designed to bypass new features that will be introduced in the upcoming Android version and aim to make it harder for malware to request access rights from victims.

ThreatFabric attributed the dropper to a cybercriminal group called Hadoken Security, which is also behind the creation and distribution of the Xenomorph and Gymdrop Android malware families.

Banking Trojans are typically delivered on Android devices via harmless dropper apps that pose as productivity and utility apps and once installed, trick users into granting invasive permissions. 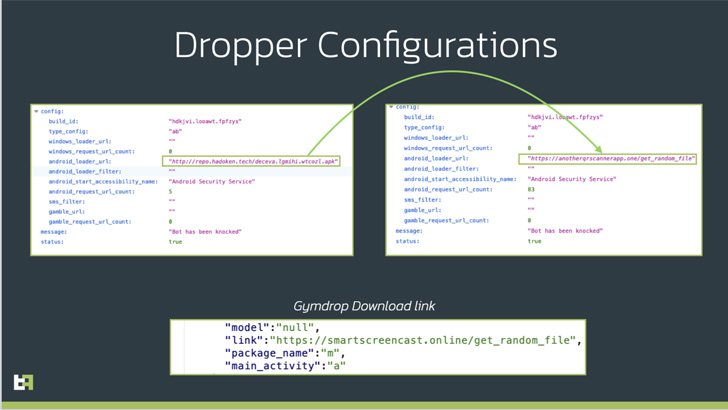 In particular, the Accessibility API, which allows apps to read the contents of the screen and perform actions on the user’s behalf, has been heavily abused, allowing malware operators to collect sensitive data such as login credentials and financial information.

This is achieved through so-called overlay attacks, where the Trojan injects a fake login form, which is fetched from a remote server when a desired app, such as a cryptocurrency wallet, is opened by the victim. 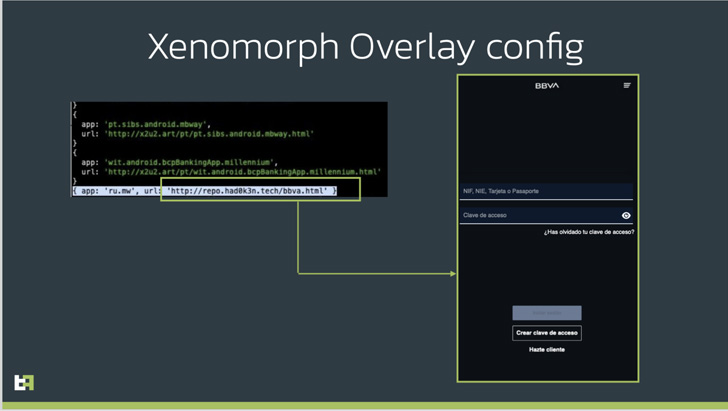 Since most of these malicious apps are sideloaded — something that’s only possible if the user has allowed installation from unknown sources — Google took the step with Android 13 to block Accessibility API access to apps installed from outside installed from an app store.

But that didn’t stop attackers from bypassing this limited security setting. Enter BugDrop, which masquerades as a QR code reader app and is tested by its authors to deliver malicious payloads via a session-based installation process.

“What is likely to happen is that actors use pre-created malware capable of installing new APKs on an infected device to test a session-based installation method, which is then later integrated into a more elaborate and refined dropper,” according to the researchers.

The changes, should they become a reality, could make banking Trojans a more dangerous threat capable of bypassing security measures even before they are in place.

“With the completion and resolution of all the issues currently present in BugDrop, criminals will have another powerful weapon in the war against security teams and banking institutions, defeating solutions currently being adopted by Google which are clearly insufficient to deter criminals. ‘ the company stated.

Users are advised not to become victims of malware hidden in official app stores by only downloading applications from well-known developers and publishers, checking app reviews and checking their privacy policies.