Google’s newest TV companion is the Chromecast HD. Both it and the 2020 Chromecast look identical and share many of the same features. So what are the main differences? let’s find out

First off, it’s worth noting that there are different versions of Chromecast alongside the HD and 4K versions with Google TV. Before these devices, there was the Legacy Chromecast range, which didn’t use a remote control. Rather, you had to throw everything you wanted to display at it, which could prove cumbersome, and as such it was never considered a standalone device for your TV.

By 2020, Google released the Chromecast with Google TV. Google TV is a version of Android TV built specifically for Chromecast that works phenomenally well. Because of the operating system it runs on, the new Chromecast is much more of a standalone device that could replace your SHIELD or even Apple TV.

What is the difference?

On the surface you will see two very similar devices. The body of the Chromecast HD itself has the same minimal oval design that’s easy to tuck behind a TV. Both have the same short HDMI cable that allows the Chromecast to hang from the back and a USB-C connector for power. The remotes are even identical, with the same button layout and design that’s perfect for using – and losing.

The real differences come from the internal structure. As the names imply – Chromecast HD vs. 4K – the Chromecast with Google TV HD supports basic HD video.

Now, in 2016, that might have been impressive, but in 2022 it means something less than flashy. The Chromecast HD only outputs 1920×1080 video, which doesn’t look as healthy on 4K TVs. The device continues to handle HDR content, giving it a little extra life. Despite this, the difference in resolution is noticeable in some cases.

As for the Chromecast with Google TV (2020), this older device streams in 4K for most applications. Video streaming apps like Hulu still don’t process in 4K, which is more Hulu’s responsibility than Chromecast itself.

Internally you have another chip that powers the device. That chip is the Amlogic S805X2, which supports AV1 decoding – the Chromecast (2020) doesn’t support AV1 – although the hardware limits the resolution. In terms of storage, you’re looking at the same 8GB with a reduction to 1.5GB of RAM.

In truth, HD is perfectly fine for the device and is a much better option than Chromecast at 4K for certain use cases. For those who have sub-4K and older TVs, the Chromecast is a fantastic option for making it a smart TV and outfitting it with the ability to stream tons of content. Buying a 4K set and adding it to an HD TV just doesn’t make sense, especially when there’s a cost difference.

A significant drop in price

Chromecast with Google TV 4K is currently available alongside Chromecast HD. While not expensive to start with, there is a fairly significant price difference between the two devices.

The older model, which handles higher resolution video, costs $49.99. If you’re looking for an addition to your 4K TV, $50 is nothing to scoff at. As for the Chromecast HD, the $29.99 price tag there is a little easier to swallow. Again, this is a great middle-of-the-road price point for those who just want to spruce up older TVs and don’t need to fully kit them out.

A major downside of the Chromecast with Google TV in 2020 was the charging method. Instead of charging through the usual USB-A port found on most modern TVs, the Chromecast needed its own brick and dedicated outlet to get enough power.

We were hoping that a less demanding Chromecast would be able to pull enough juice from the USB port behind TVs, but that’s not the case. Just like the 4K 2020 model, the Chromecast HD needs its own brick and socket to stay powered on.

Another downside is the lack of colors offered for the Chromecast HD. If you recall, the Chromecast with Google TV 4K has several different color combinations to choose from, each with a matching remote control. Those colors were a beautiful light blue called “Sky” and a pastel coral called “Sunrise”. Of course there is also a white version for bores like me. Unfortunately, this white version is the only option offered for Chromecast HD.

Since both Chromecasts look identical on the outside, we might see new colors for the HD version later. From now on, however, we must deal with white.

All in all, both devices are great. The original Chromecast with Google TV 4K is a fantastic little streamer that makes a great addition to most TVs. The HD little brother, on the other hand, is a wonderful tool for TVs that don’t to need 4K content as well as older devices that can’t quite cope with it anyway.

Both are intended for specific uses, and since Google hasn’t gone too far with the newer HD model, you’re looking for a competent option for general streaming needs.

More on Chromecast with Google TV: 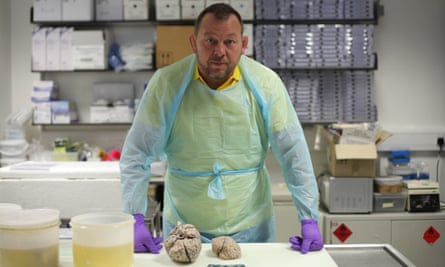